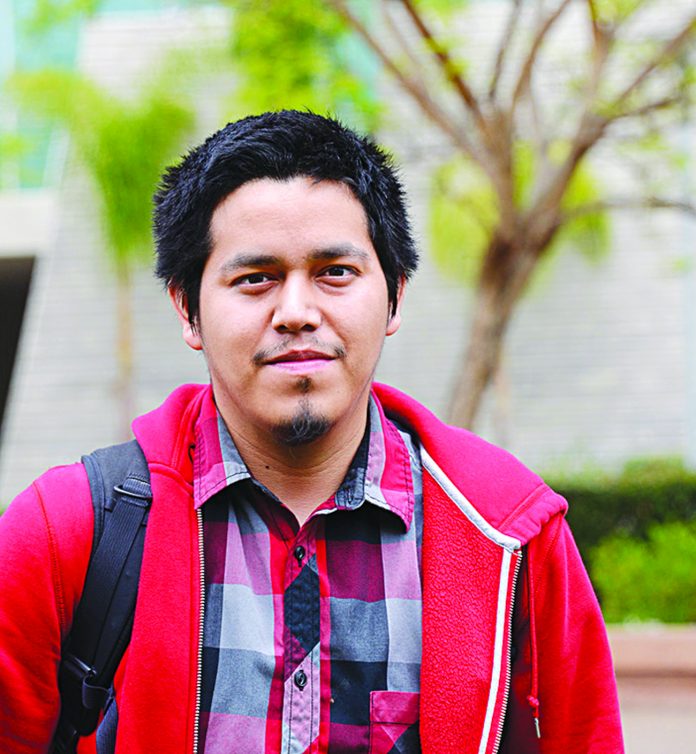 
Santa Monica College (SMC) has awarded its fourth annual Chui L. Tsang Transfer Scholarship to SMC student Angel Josue Najera. The new Tsang Scholar – the first in his family to go to college – will transfer this fall to UC Berkeley as a computer engineering major, with a 4.0 GPA. Named for retired SMC President Dr. Chui L. Tsang, the scholarship will provide $15,000 a year for two years toward the completion of Najera’s baccalaureate degree.

“When I met Angel, I was deeply touched by his spirit,” said Dr. Jeffery. “When he found adversity, or others said ‘no’ to him, he forged on and instead of just meeting the standard, found ways to rise to the highest point of excellence. We at SMC are proud of him, and I am confident we will be even prouder of his accomplishments in the years ahead.”

“I am thrilled that Angel Najera—a high-caliber student and a human being with immense potential—is the recipient of the 2016 Tsang scholarship,” said Dr. Tsang. “Angel is a true community college success story, and I am even more pleased that he is headed to my alma mater, where I have no doubt he will shine!”

Najera says he “did not expect to get this scholarship,” and that it was “a big surprise.” He credits his family for inspiring both his perseverance and academic success.

His father also wanted Najera and his siblings “to have the things [he] didn’t have.”

Najera grew up in the South Bay, Los Angeles in a low-income, single parent household and came to SMC as a high school dropout. He liked how SMC offered a variety of computer science classes—one of his favorites turned out to be computer architecture—and he took the opportunity to change the trajectory of his academic life.

“I always liked doing a lot of things. I like art, philosophy, sign language, computer repair, and other subjects…but I decided to do computer science and engineering because of its versatility,” adds Najera.

“Angel Najera is the reason we teach. He never gave in to frustration, self-doubt, and despair as he struggled with his classes and his life,” said SMC Math professor Moya Mazorow, whom Najera credits with helping him transition into his first calculus class. “There is no limit to where he will go.”

Often juggling multiple math and physics classes in one semester, Najera is also a student tutor, and a peer mentor for SMC’s Science, Technology, Engineering, and Mathematics (STEM) program.

“He’s very good at explaining concepts in a simple way without overlooking the details—he really follows the ‘explain it as simple as possible but not any simpler’ approach,” says SMC Physics professor Anthony Hall.

SMC counselor Jose Cue is amazed at everything Najera has had to overcome, all while maintaining a 4.0 GPA. “He has faced some formidable challenges in his life and has never given up. Instead, he applied himself and achieved great academic success at SMC.”

The annual scholarship is awarded based on a combination of academic achievement, financial need, and the student’s own academic and personal journey. Scholarship candidates are nominated by SMC faculty and staff members and reviewed by a campus committee, with the final selection made by President Jeffery.